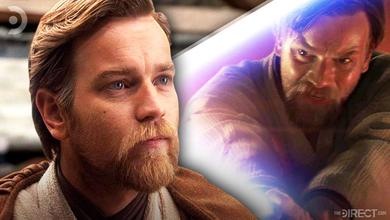 The Obi-Wan Kenobi series is one of the most anticipated Star Wars releases for Disney+, yet has little information to go off in regards to its content and when the series will commence production.

A multitude of characters have been rumored for the series, teasing the possibilities for potential story beats and plot details. These have included the likes of Hayden Christiansen returning in the role of Anakin Skywalker or Darth Vader, as well as the potential for Ahsoka Tano to appear.

In regards to the series' production, one rumor suggests that it will be sharing some production overlap with the upcoming Cassian Andor series. The series was rumored to start its production in March 2021, in anticipation for its release on Disney+ in 2022.

However, a new rumor seems to suggest that the Obi-Wan Kenobi series may start filming much sooner than expected...

According to Making Star Wars, the Obi-Wan Kenobi series is rumored to begin production next month at the 'trainyard' in Southern California, where The Mandalorian previously filmed its exterior shots.

The location also reportedly has many leftover production assets from 'Chapter 5: The Gunslinger', where the Mandalorian travels to Tatooine. These sets are said to be modular, so can be repurposed for the Tatooine setting where the Obi-Wan Kenobi series is most likely going to be set.

It is unclear whether the series will begin actual filming next month or will simply start production work. It is also unknown how much filming will take place in this location, but it is noted that Deborah Chow has had some experience shooting in this area from her work on The Mandalorian.

If this rumor is true, this information would contradict a previous rumor that the Obi-Wan Kenobi series would begin production in March. As it is unknown what production or filming is said to be taking place at the 'trainyard', it could be speculated that the production crew is simply prepping the location in anticipation for filming in March and accounting for the risk factors surrounding COVID-19.

Alternatively, filming may in fact begin next month, but be restricted to non-essential shooting that does not require all of the necessary actors involved. This could include shots with extras or scenery shots, taking advantage of the Tatooine sets that have already been built.

A production start next month seems relatively early considering the Obi-Wan Kenobi series' far off release window. This could mean that either Lucasfilm is anticipating that the production will take longer than usual, or a potential for the series to release earlier.

It remains to be seen how this rumor may impact the Obi-Wan Kenobi series, which releases on Disney+ in 2022.