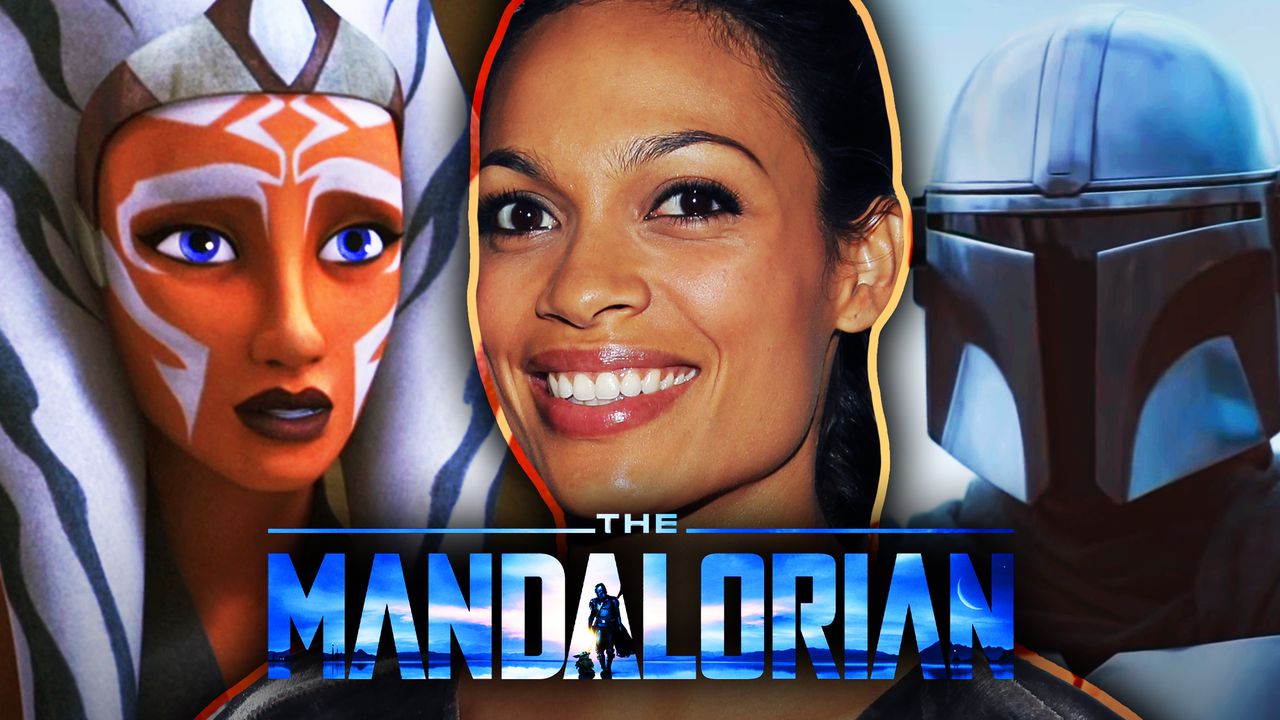 Season two of the smash hit Star Wars series The Mandalorian is almost upon us! The Disney+ series officially drops on October 30.

The streaming series follows the hard boiled, always helmeted Din Djarin, a bounty hunter who also walks the path of the Mandlalorian, a noble warrior people. Djarin's world is turned upside down when his latest bounty turns out to be a seemingly defenseless infant which the internet has dubbed "Baby Yoda" due to it sharing a species with the famous Jedi Master.

This March, word leaked out that actress Rosario Dawson would be portraying fan-favorite former Jedi Ahsoka Tano, who has thus far only appeared on-screen in animated Star Wars installments.

It wasn't until October 3rd that Disney confirmed Dawson's involvement in the second season, and now they have confirmed something else of importance.

The official Instagram account for Disney+ in India has shared an image which explicitly ties Rosario Dawson to the character of Ahsoka Tano. The account questions how Dawson will actually look as the once-Padawan in live-action. Check it out below:

It's awesome to finally get an official confirmation that Rosario Dawson is indeed playing Ahsoka Tano in the series.

Given that Din Djarin was tasked with delivering The Child/"Baby Yoda" to the care of its own people, it makes sense that he'd either seek out or cross paths with someone like Ahsoka, who has had a large amount of experience with Yoda during her time as a Jedi Padawan during the Clone Wars.

Perhaps it is even Ahsoka that is looking for the Child. One can easily imagine a scene where Djarin attempts to fend off someone who he perceives as an assailant and a threat to the Child, only for them to ignite a lightsaber.

Seeing as how Ahsoka Tano has only officially been seen in animation (namely, Star Wars: The Clone Wars and Star Wars Rebels), fans are clamoring for a look at Dawson's live-action take on the very popular Star Wars character.

Season two, episode one of The Mandalorian arrives on Disney+ on October 30, 2020.