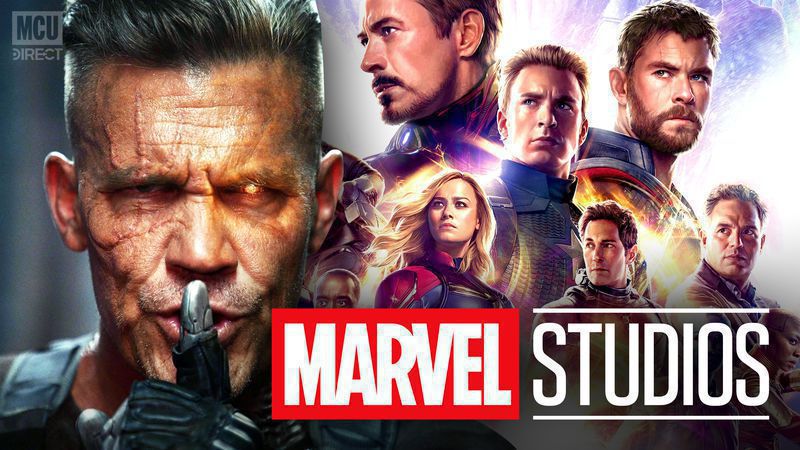 The wait still continues for the Fox and Disney merger to make its way onto the big screen, and when it comes to fruition, all of the characters in Fox's X-Men catalog will finally take their rightful place in the Marvel Cinematic Universe. While nothing has been confirmed yet, it is all but certain that the majority of roles for the X-Men and Fantastic Four characters will be recast with new actors when the films are rebooted. As fans all over the world cast their votes and opinions on who should take on the roles for future movies, a new interview reveals one actor who would love to continue playing his X-Men character, even though it would make for a very unique casting situation.

In an interview with Comicbook, Deadpool creator Rob Liefeld revealed that Deadpool 2 actor Josh Brolin is very interested in reprising his role as Cable with the MCU, despite already playing Thanos in the same universe. Liefeld was quoted in the interview revealing this new information:

I'm going to tell your viewers...Josh wants to be Cable again sooner than later. He is itching to be Cable again. He loved being Cable. He told me he understands how beloved his role as Thanos is, but he doesn't look completely like Josh Brolin.

Rob Liefeld even took to Twitter shortly after to expand on his quotes from this interview. This was his official response:

For the record, what I stated was that Josh LOVED playing Cable. He loved training to be Cable, he wants to explore the character further and wants to get even more buff the next time he plays him. He’s a champ, I love him as Cable and look forward to more Deadpool. https://t.co/UiR2MT9bOG

This speaks volumes of just how much Josh Brolin has invested into Marvel and the MCU. His performance as the Mad Titan Thanos, especially in Avengers: Infinity War and Avengers: Endgame, has received rave reviews from all corners of the globe. In the summer of 2018 alone, he was featured as both Cable and Thanos and earned praise from comics and fans alike for his performances. Not only has Brolin had a highly accomplished career on his own over the last 35 years, he has become even more iconic thanks to his involvement in the comic book movie universe.

Should Brolin continue as Cable in the MCU, it would not be the first time an actor has taken on multiple roles in this expansive franchise. Laura Haddock took roles in both Captain America: The First Avenger and Guardians of the Galaxy (Adoring Cap fan and Meredith Quill), Martin Starr was in both The Incredible Hulk and Spider-Man: Homecoming (Culver University student and Mr. Harrington), Benedict Cumberbatch played two different roles in Doctor Strange (Doctor Strange and Dormammu), and Gemma Chan is set to take on her second role in The Eternals along with her character from Captain Marvel (Sersi and Minn-Erva).