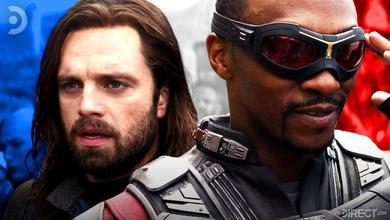 In March, the planned shooting for The Falcon And The Winter Soldier in Prague was cancelled due to COVID-19. Sebastian Stan, several days ago, speculated that they had at least two to three more weeks of shooting, but like he said, he doesn't know the specifics and shouldn't be quoted on it. However, his comment indicated that the previous rumor of the production only having one week of filming was likely incorrect.

With this new report, it looks like production could start where it left off.

The Film Commission of Czech Republic has released a press release saying that filming for various productions can resume, including The Falcon And The Winter Soldier. However, they stipulate that foreign actors and crew members “must show a negative test when leaving their country, a measure that, according to the latest reports, airlines will also begin to require for all their passengers.”

Additionally, within 72 hours of arriving, new visitors must undergo a second test, and remain in quarantine until they receive a negative result. Results are given within the next day, which avoids the typical 14-day quarantine and lessens the need to increase the production budget even more.

There was no comment from Disney producers about whether or not they would be returning to production in Prague as originally planned.

Just because the Czech Republic has allowed filming productions to continue, doesn't mean that it will for The Falcon And The Winter Soldier - at least not immediately. Coordination efforts have to take place for the actors and the rest of the crew, which takes time. Additionally, we don't know for certain if filming in Prague would have been the last of the filming.

There are also reshoots to consider that are typical for any production like this, along with rumors of the first couple of episodes needing to be reshot in order to remove a storyline involving a virus. So, it isn't a surefire bet that just because filming has been allowed to continue in Prague, means that filming would be finished.

Lastly, Marvel Studios might not even return to film in Prague at all and may instead film in the United States. They could see it as more cost effective, less of a risk to the actors and crew, or any number of reasons. Unless Disney or Marvel Studios comments on whether or not production will continue in the Czech Republic, it's still uncertain as to how this production will continue.