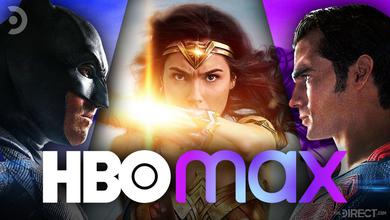 There's plenty for DC fans to be excited about with Zack Synder's Justice League coming to HBO Max in 2021, Wonder Woman 1984 finally hitting cinemas in October and the new DC FanDome event bringing long awaited news in August. Many viewers were surely looking forward to rewatching the original Justice League and Wonder Woman movies on HBO Max ahead of the new releases, but then it was revealed that not all the DC Films marketed on HBO Max were there to stay.

Hit films such as Batman v Superman: Dawn of Justice, Suicide Squad and the original Batman films were all reported to be ending their run on the streamer on July 1. HBO Max representatives promised that DC films would be on a rotation with more new DC hits still to come to the service, with the eventual plan that all DC films would come to the platform at some stage.

A report from Deadline has confirmed that some of the previously announced departing films are here to stay and that there are some new additions from the DC library coming to the platform.

The films that will be staying until December on HBO Max include Justice League, Batman v Superman: Dawn of Justice, Wonder Woman and Suicide Squad. The new DC films coming to the service are Superman: The Movie, Superman II, Superman III, Superman IV, Superman Unbound and Watchmen.

That being said, films including Batman, Batman Returns, Batman Forever, Batman & Robin, Catwoman, Jonah Hex and The Losers will still be leaving on the 1st of July.

HBO Max is clearly listening to its audience. Negotiating an extended license for these films would likely have been a struggle behind the scenes, just see the fight Netflix put up to keep the Friends seasons. But the outcry following the announcement that a chunk of the DC library would be leaving so soon after the platform's launch likely persuaded the team at HBO Max to fight to keep their content.

Given the recent success of the Watchmen TV show, fans will now be able to view Zack Snyder's original film on the platform as well as the beloved Christopher Reeve Superman films. With the news that Michael Keaton may be returning as Batman, it's unfortunate that fans will still need to seek the Batman movies elsewhere when they leave HBO Max. But there is still just under 2 weeks for fans to catch these DC films before they leave HBO Max.