Marvel Comics has just announced the release of several new variant comic covers based on The Infinity Saga, including Avengers: Endgame.

The comics division of Marvel announced a number of variant covers last year to celebrate the legacy of the MCU. So far, every film from Phase 1 & 2 has been turned into a variant cover, marking the first dozen MCU films that have gotten this treatment.

Now, Marvel Comics aims to finish its tribute to the MCU with variant covers of Phase 3 by the end of next year, and it's already given fans possibly the best poster for Endgame over three years after its April 2019 release.

Marvel Comics announced that it would begin releasing new installments of its variant comic covers based on The Infinity Saga in February.

The variant based on Avengers: Endgame is illustrated by Mark Brooks and will be released with "Avengers Forever" #14. Acting as its own poster for the film, it shows Iron Man wielding the Nano Gauntlet with the iconic Portals scene depicted below him. 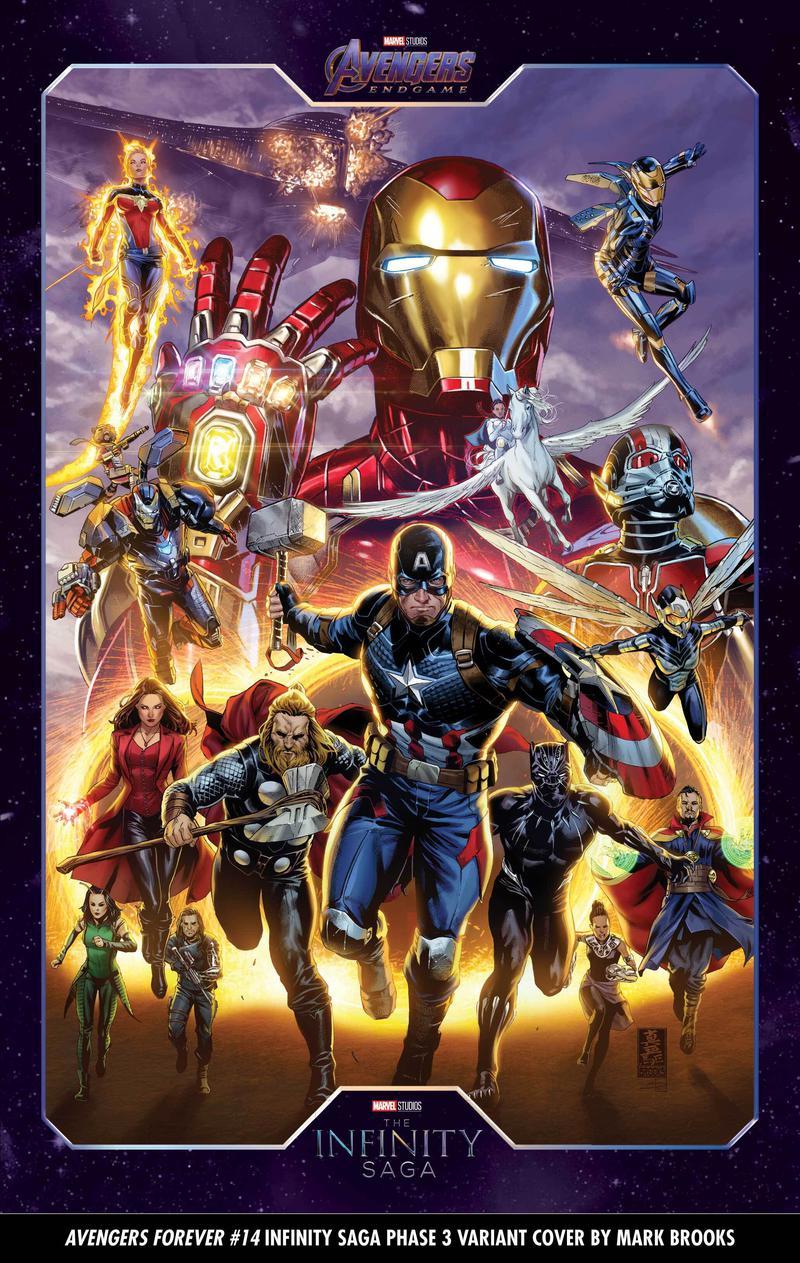 For comparison, here is the official poster accompanying the release of Avengers: Endgame. 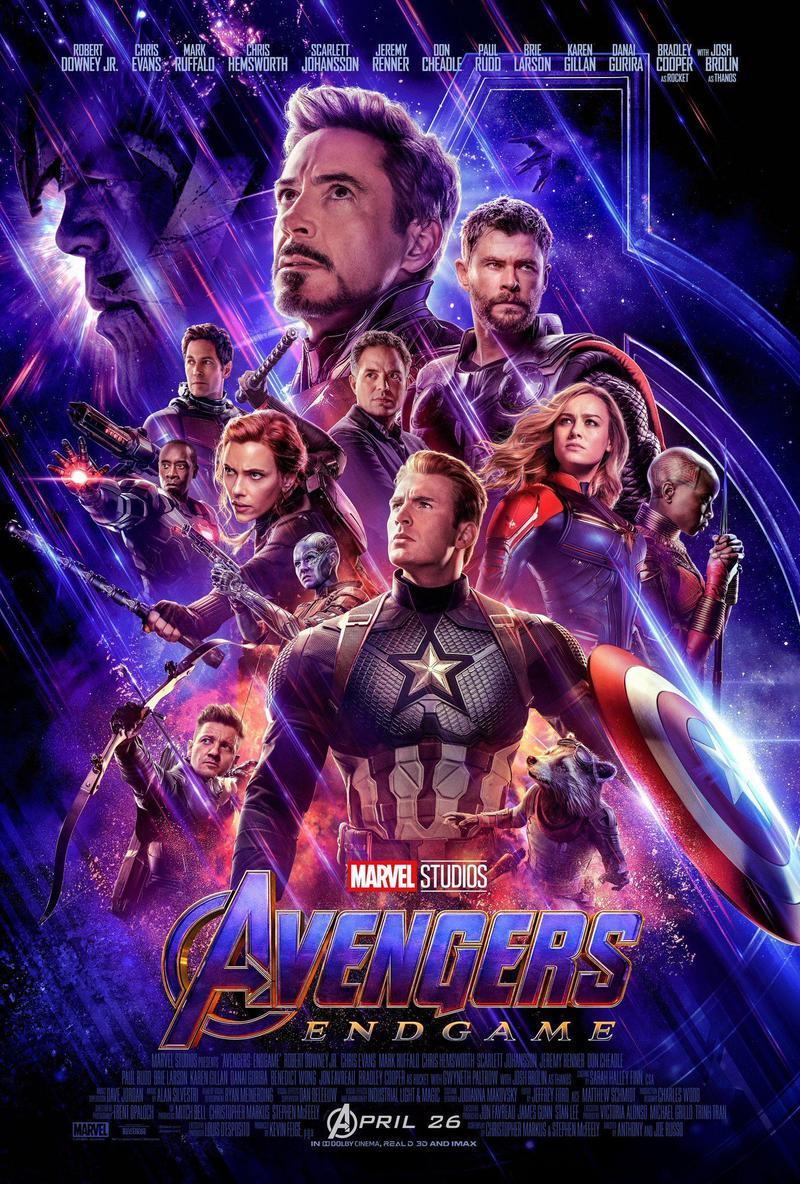 Another poster titled "From The Ashes" was released shortly after the film's release finale but avoided spoiling the big portal scene like this upcoming comic cover. 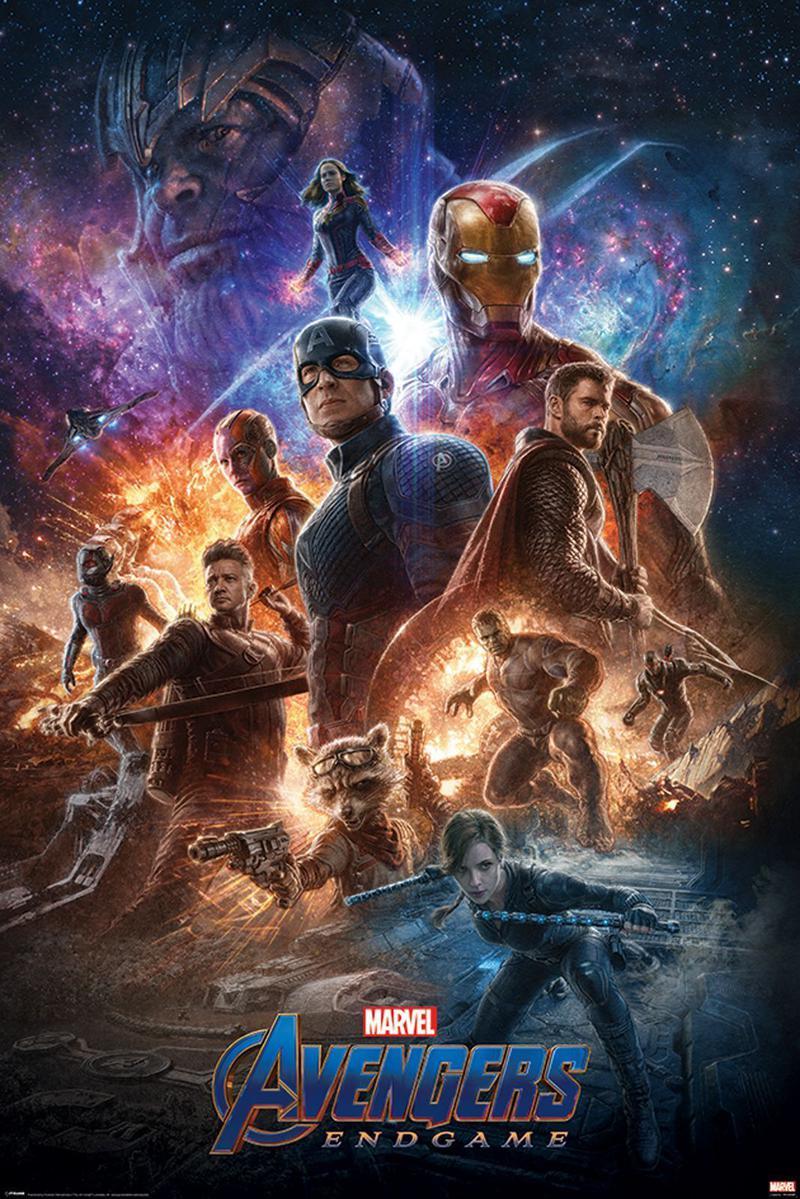 One cover for "Avengers" #65 will be based on Avengers: Infinity War and illustrated by Leinil Francis. Thanos is front and center with a fully assembled Infinity Gauntlet on the cover, backed by his loyal children. 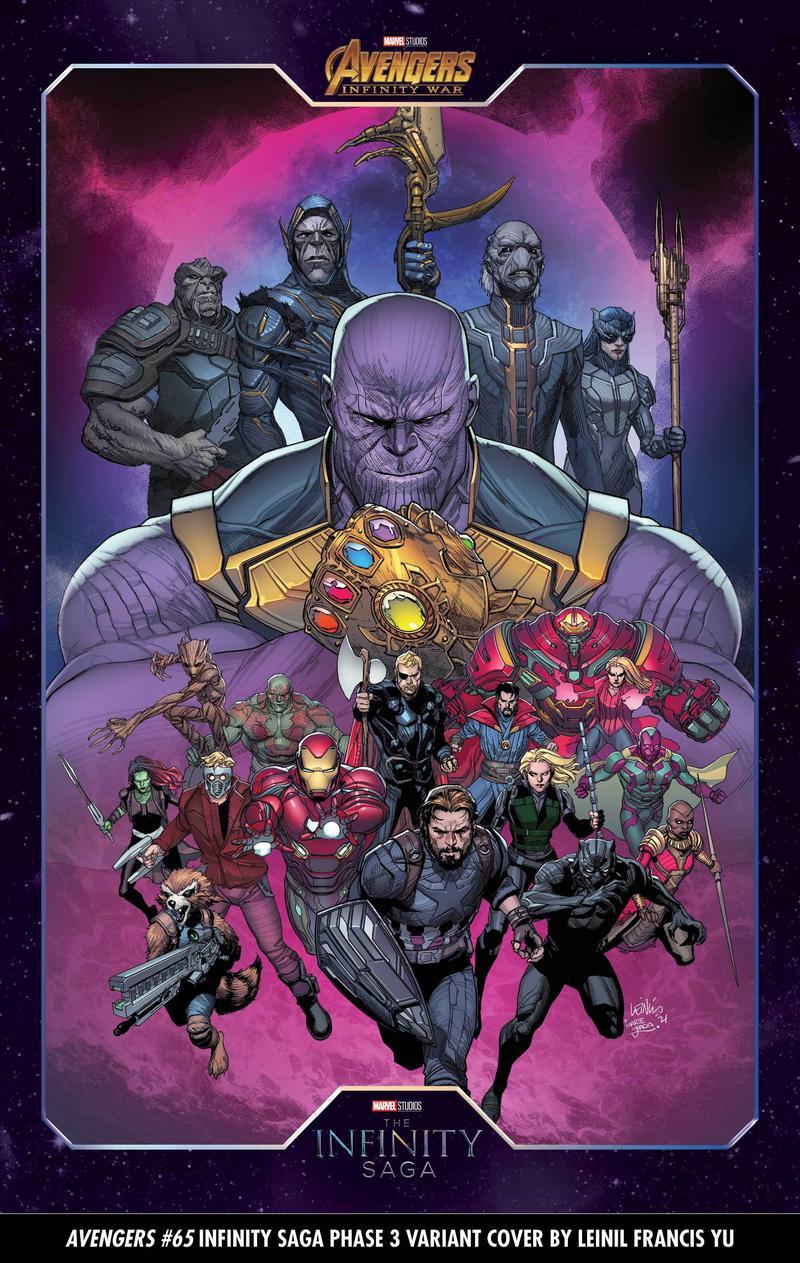 Finally, "Wasp" #2 will have a variant cover based on Ant-Man and the Wasp illustrated by Dike Ruan. More simplistic than the other two, this one gives Ghost an overpowering presence on the cover. 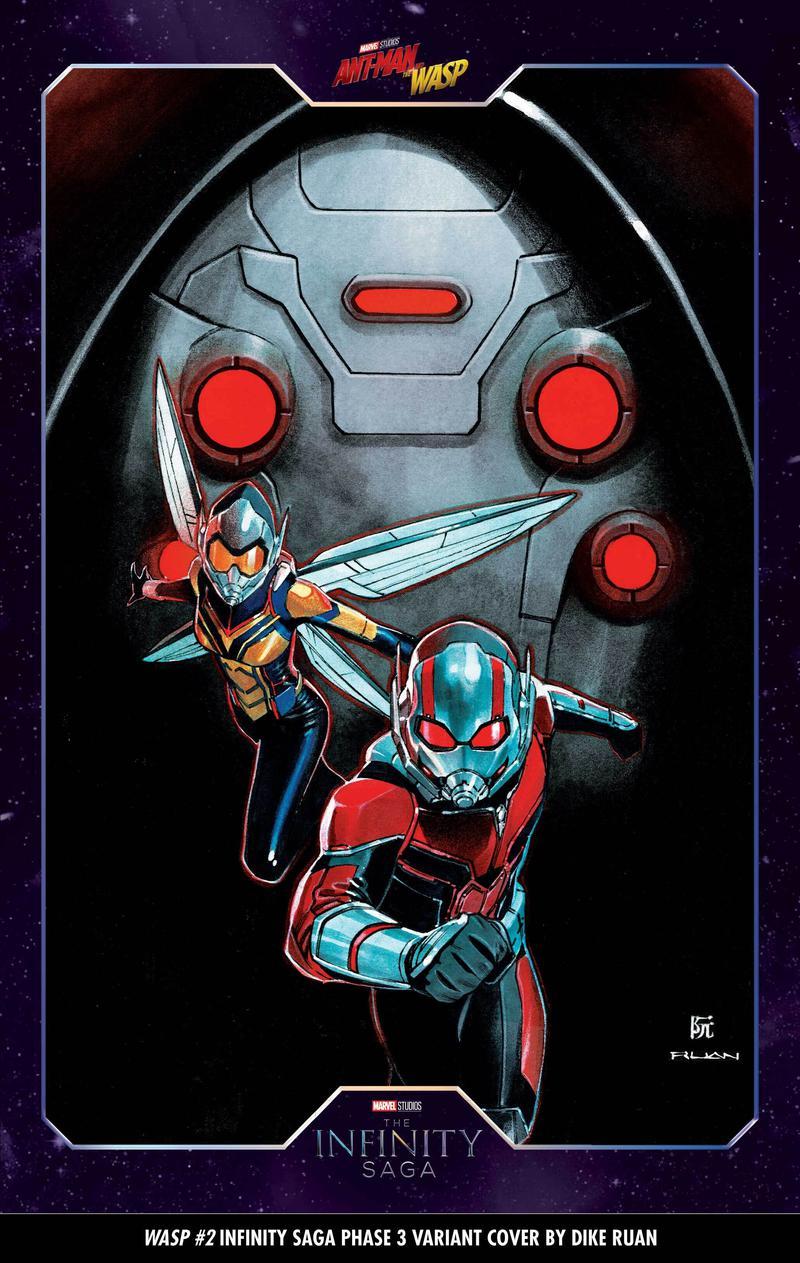 Hopefully, these covers will eventually be released without the intrusive border around them.

After February, fans should expect eight more variant covers based on the last remaining movies of Phase 3, which are:

Not only will fans be getting artwork from various high-profile artists at Marvel Comics, but they'll also essentially be getting new posters for the films years after their release in theaters. It'll certainly be exciting to see what the Black Panther variant cover will look like, especially after the critical praise Wakanda Forever has received.

These posters should only grown in scale as the MCU continues into Phase 5 and Phase 6, with two new Avengers movies and countless other new characters on the way as well.

Avengers: Endgame is available to stream on Disney+.